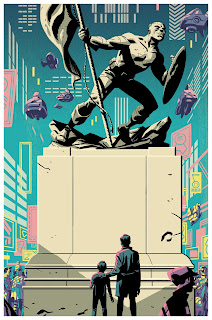 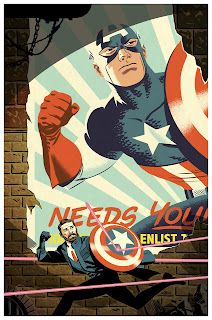 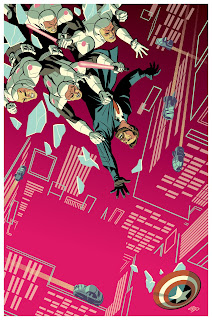 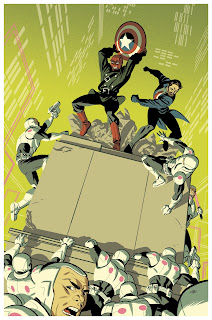 A fun assignment from a year ago, Marvel asked me to draw the main covers for 4 issues of Captain America.  The stories were set in the far future, featuring the descendants of Steve Rogers.  I got to try some interesting palette ideas and design some futuristic storm troopers along the way. 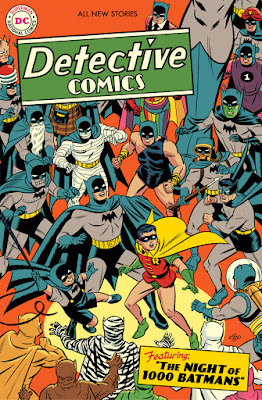 I was asked to draw a variant cover for the 1000th anniversary issue of Detective Comics.  Similar to the Action Comics issue 1000 cover, DC asked artists to draw covers based on various decades.  I was assigned the 1950's, which gave me the opportunity to draw all the various zany iterations of Batman that permeated that era.  This cover took a lot of research, but was a lot of fun.

My wife, Claudia Davila, helped me with the typography, and we laid out all the cover elements including the logos and text boxes ourselves.  You can see a version of the art without those elements below. 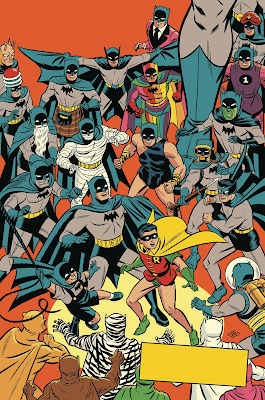 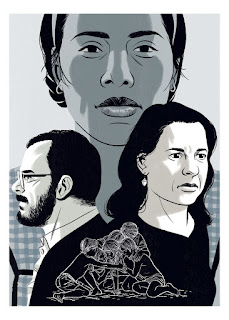 An illustration for the New Yorker, to accompany a review of Alfonso Cuaron's new film, Roma.  AD: Chris Curry.
Posted by Michael Cho