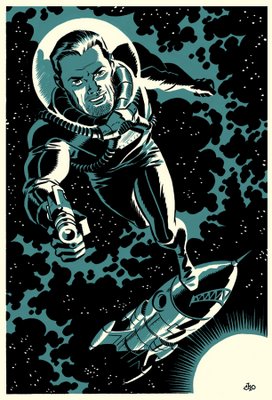 This is a pin-up I did recently for Rick Remender's Fear Agent comic. Actually, it's the 2nd pin-up I've done for FA (you can see the first one here.) and it took way longer to draw than I originally thought. I drew the rough sketch for it fairly quickly, like under a half-hour, so I thought I'd probably knock out the final in markers over a couple of hours. Of course, sometimes things don't go as easily as planned, and after deciding to change up the lighting for more accuracy and added drama, I spent a full day learning how to draw double-lit figures in two colours. I still see a lot of problems/mistakes in this piece, but I thought I share it anyway. 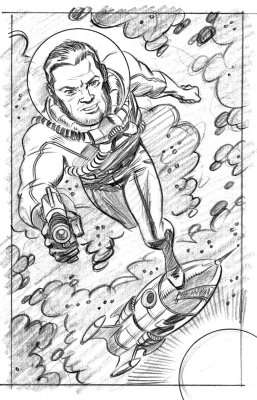