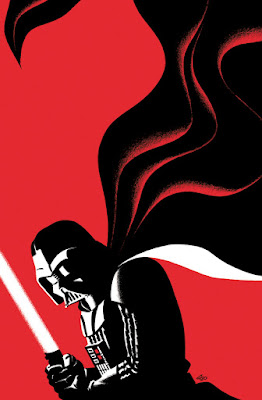 I was honoured to be asked to contribute a variant cover for Marvel's final issue of their Darth Vader comic series.  This was the first time I did a published Star Wars illustration (not counting the endless amounts of unpublished X-wing fighters and Han Solos I drew as a kid).  Marvel was very generous and gave me a lot of freedom with the art.  In keeping with Lucasfilm's policy, I was asked to submit 2 different roughs which you can see below.

The final art was drawn in ink, coloured dyes and wax crayon, and was purchased by Lucasfilm for their Star Wars archives. 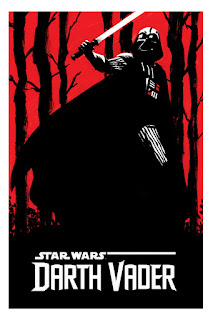 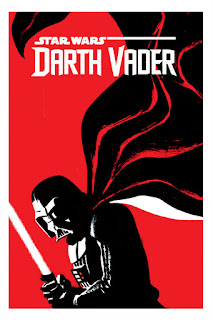