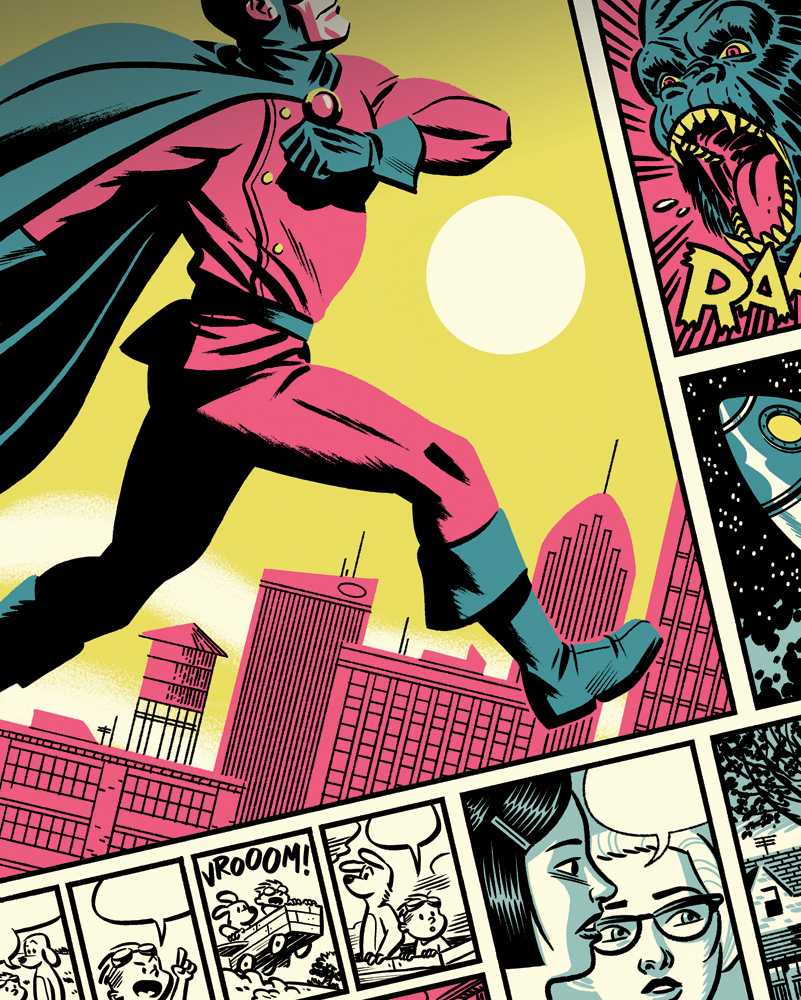 This was a recent illustration for Diablo Magazine, for their "Geek Guide" feature on comics and graphic novels.  It was a fun assignment with a pretty open concept which allowed me to illustrate various different types/genres of comics.

This one was drawn partially in ink (the large superhero figure) with the remaining elements drawn entirely digitally.
Posted by Michael Cho 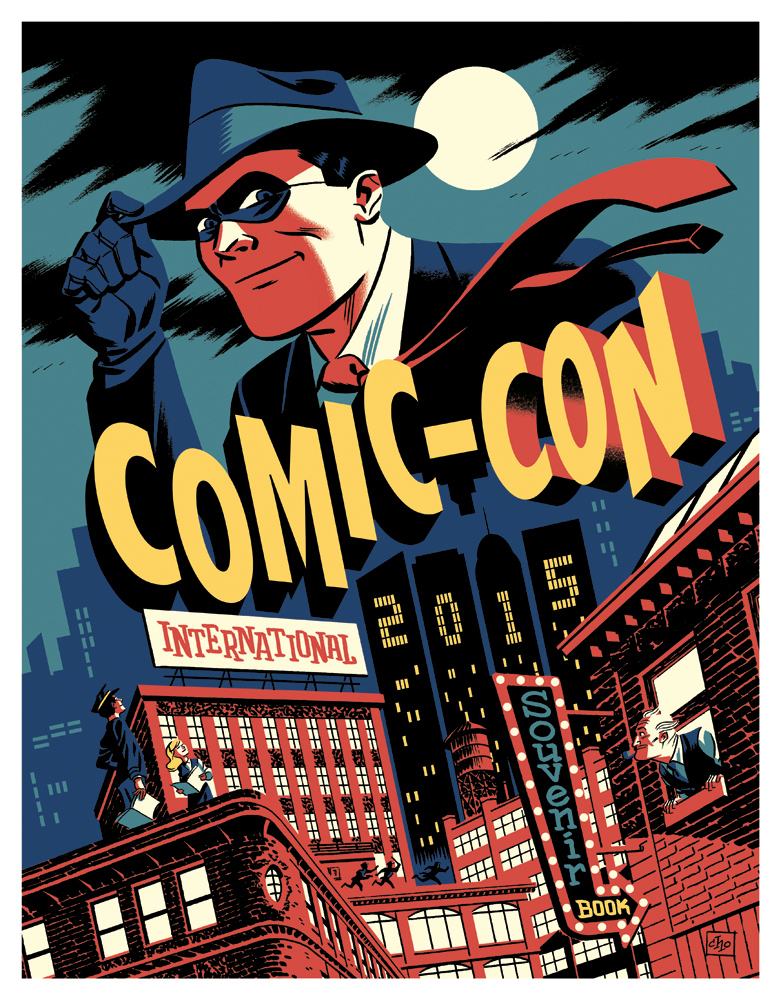