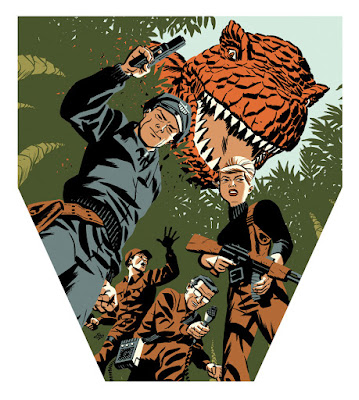 Another in my series of cover illustrations for DC Comics reprint collections - this one is the Silver Age Suicide Squad, or Task Force X as I think the group was originally called.  I have to admit I'm mostly unfamiliar with this title or cast of characters, so it took a bit of research to come up with the image.  Still, anything that involves drawing dinosaurs is a fun assignment!

The art for this was drawn traditionally in ink then scanned and coloured digitally.  You can see the final art above and the pencil sketch below. 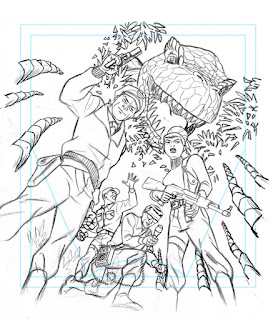 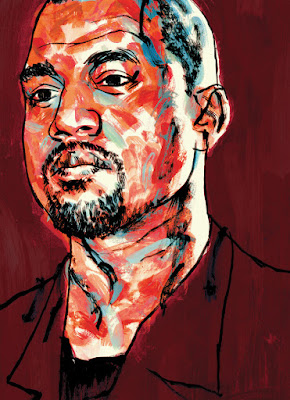 I had fun with this one.  I was assigned to do a portrait of Kanye West for the New Yorker, to accompany a review of his album "The Life of Pablo".  As I was given a lot of freedom for this, I thought it'd be nice to paint it up traditionally on paper.   It's always nice when I get the chance to paint something with this much freedom.

The art here was drawn on paper and painted with gouache and ink with some colour manipulation and tweaking in photoshop.
Posted by Michael Cho