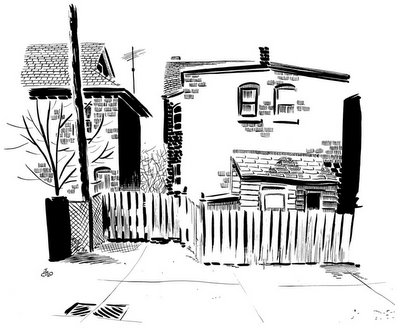 Another quick sketch of downtown toronto back alleys from my files. This one's in pen and ink and of a day time scene, for a change.
Posted by Michael Cho 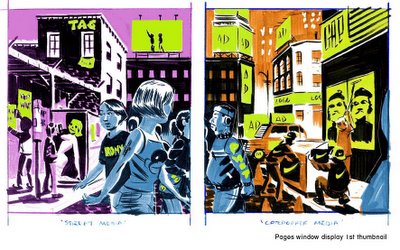 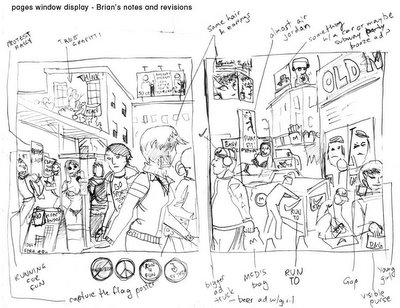 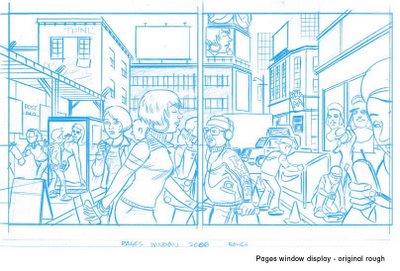 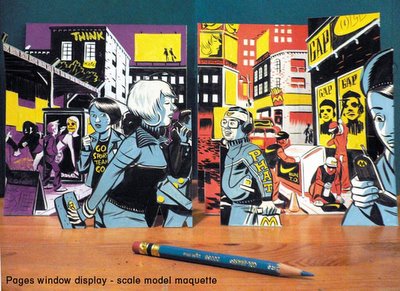 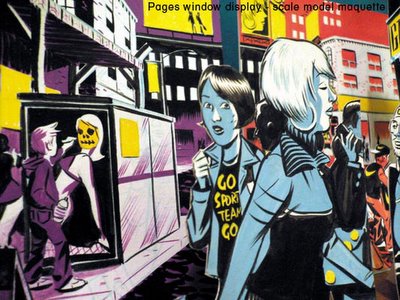 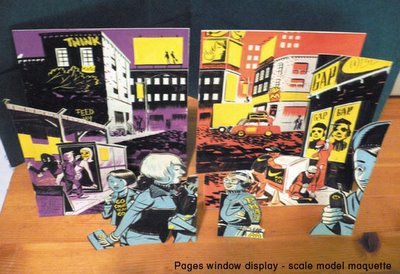 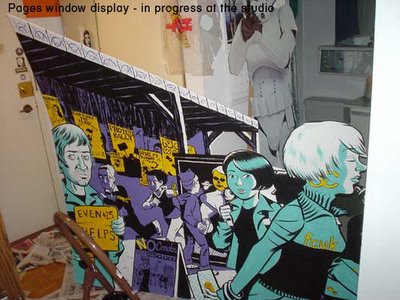 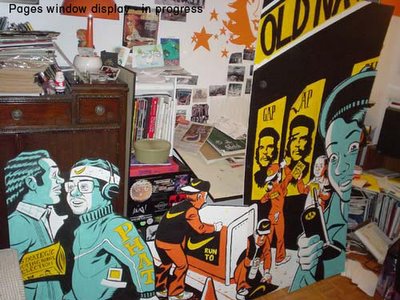 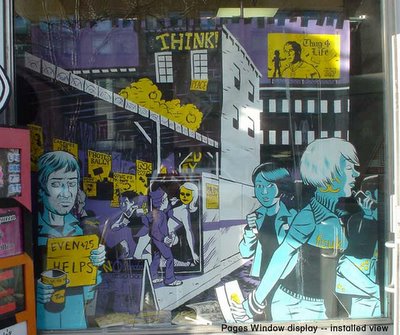 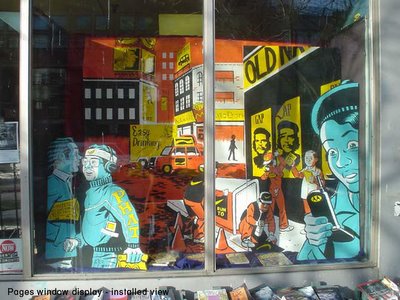 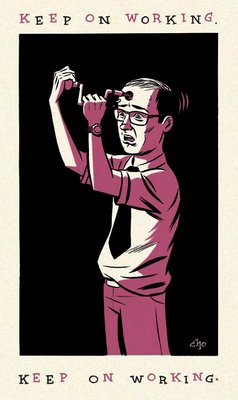 And here's a sketch from my files, but newly coloured and posted to this blog. It kind of sums up my thinking at times about freelance life, but perhaps you might find it applicable to your own circumstances...
Posted by Michael Cho 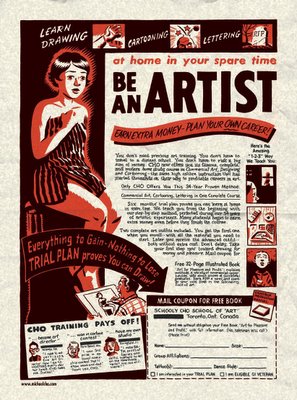 Here's one that was drawn for fun. It actually began as a doodle that got out of control. I took the copy and layout pretty much verbatim from an old black and white ad, but just substituted my own images and and made some minor changes to the text. Then I rendered the whole thing out in 2 colours. Blame me if you want for all the crappy lettering and crooked lines, but remember: I did this without a ruler!

I have Claudia to thank for scanning this and cleaning it up. It was drawn entirely with PITT markers and brush-pens (my #1 doodling choice) so it took some tidying. She also added all the cool folds and fake paper effects to give it that extra cheesy look like something you'd find in the back of an ancient men's magazine -- one with a name like "Juggs and Jiggles!" or "Sunbathers Monthly".
Posted by Michael Cho 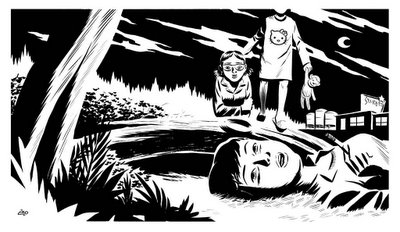 Another b&w drawing from my files -- this one was used as the cover for a small run sketchbook zine I put out (real small, like under 200 copies) in time for the 2005 Toronto Comic Arts Festival. I like drawing pictures involving motels, especially at night. For whatever reason, its a theme I come back to often.
Posted by Michael Cho

Comics are For Kids Pt. 3

I featured the cover for this job a few posts ago, but here are some pages from a recent children's educational comic assignment that I just completed drawing. It stars a team of teens who fly a futuristic "shrink-ship" into a sick patient's bloodstream (ala the movie "Fantastic Voyage" and many other homages) to heal a diseased liver and also to teach readers about cells, gene therapy, the cirulatory system and a few other facts about biology and science.

I had a lot fun on this assignment as it featured an opportunity for me to draw some pretty imaginative scenes and backgrounds -- I mean, just what does the inside of the lymphatic system look like? I had to research it and then try and make it look cool and visually interesting for young readers. The colouring on this one is also a little slicker and more "photoshop-y" than I usually like to go, but I thought it was fitting with the sci-fi futuristic theme. 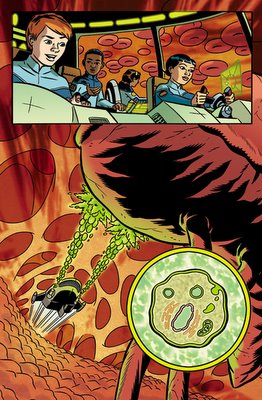 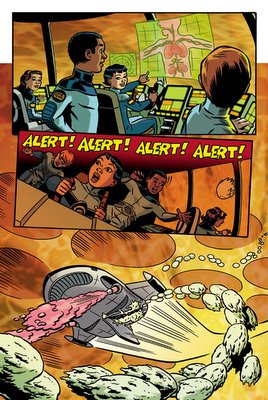 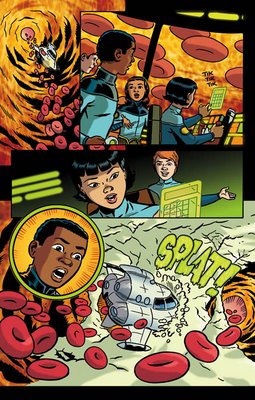 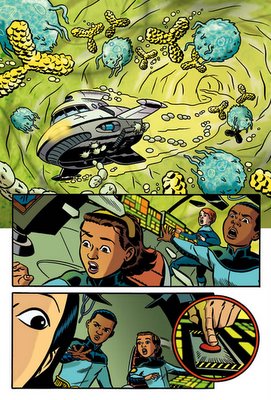 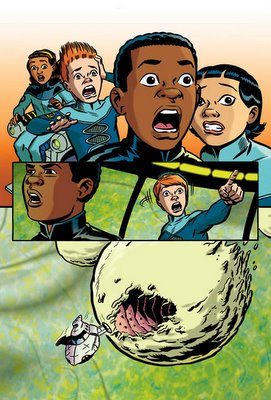 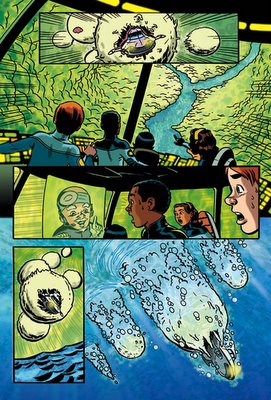 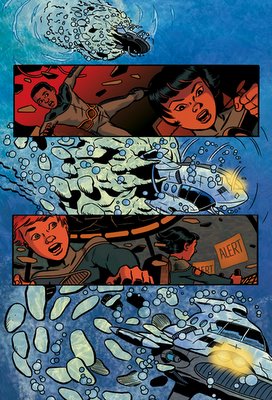 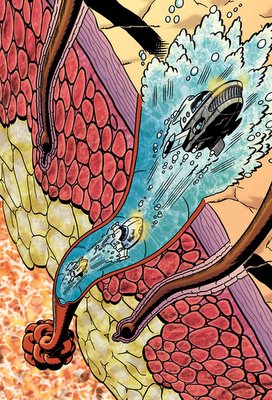 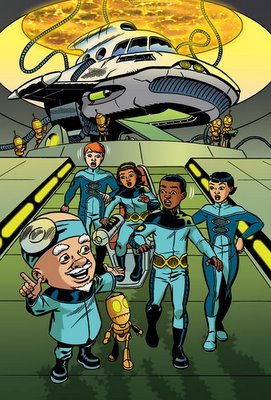 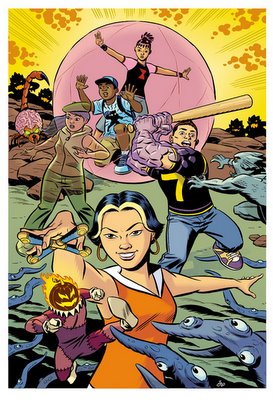 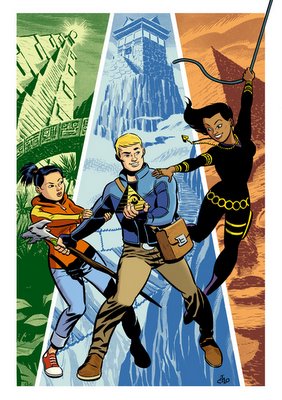 Here are 2 cover images, drawn last year. These were drawn for a couple of proposed graphic novels to be written by talented toronto writer/cartoonist Brian Mclachlan. If you haven't already seen his work, you can check out the link to his wickedly hilarious strip the Princess Planet to get an idea of his dementia, er, genius.

Anyway, we were trying to come up with some ideas for self-contained graphic novels aimed at younger readers. Brian came up with all the concepts, characters and storylines and I drew up these sample covers to help pitch the idea. Unfortunately, nothing came of it, as the pitches seemed to get lost in the shuffle of both our packed schedules. Still, I thought it'd be fun to post these here. I'll leave it to you to determine what's going on in the drawings...or perhaps Brian will post an explanation himself...?
Posted by Michael Cho 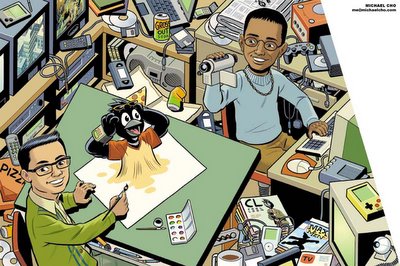 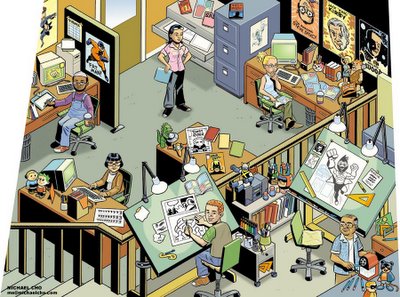 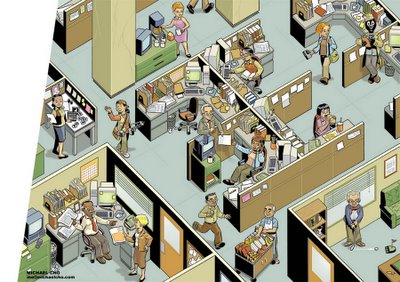 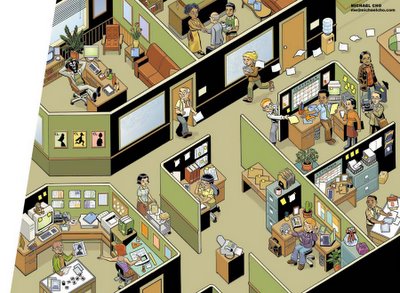 I've been so busy with freelance work lately that I haven't had time to draw any sketches at all! So I thought I'd post some work-related images. These are all illustrations of various offices/work-places I drew a while ago for the very nice children's book Media Madness. Written by Dominic Ali and published by Kids Can Press, its a media literacy primer for kids and tries to inform them about how media is made and how it works. You can read more about it here.

Incidentally, yes that IS my studio in the first illustration, and yes, it is that cluttered. But I've gotten rid of the pizza boxes.
Posted by Michael Cho