WSJ: Too Much TV 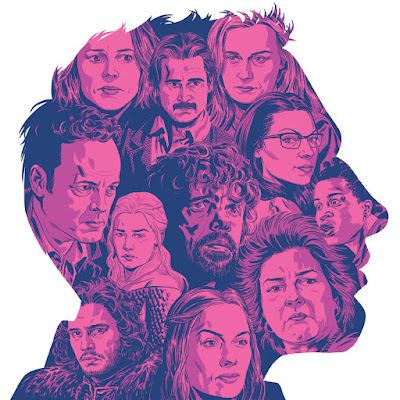 This is an illustration I did for the Wall Street Journal's weekend edition, for a story about the limits of human memory as it relates to TV shows and keeping track of all the various characters and plotlines in them.  It features main characters from Game of Thrones, Orange Is the New Black and from the second Season of True Detective.  I have to plead ignorance on two of those shows, since I'm only familiar with the characters from Game of Thrones, which I drew some quick sketches of a few years ago.

This entire illustration was drawn digitally, from a mountain of photo reference.