Comics are for Kids! 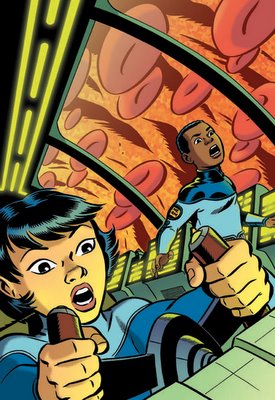 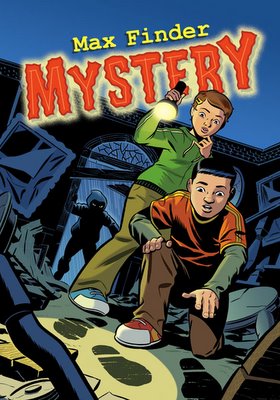 I'm a firm believer in the value of comics as a way to teach literacy to young children. I know reading comic books helped me to learn english when I was just a 6 year old boy and new to the country. In the last couple of years, I've seen a dramatic increase in interest and attention paid to comics by children's publishers. Many of them are seeing the potential of the medium to reach reluctant readers and engage kids who are used to a high degree of stimulation from their media. My good friend Liam O'Donnell has written more about this in his blog, but I think its great. Just from a personal artistic viewpoint, I've always enjoyed and looked for opportunities to draw comics for a young audience but have found that part of the marketplace badly served in the past. I'm really hoping that this new interest in comics by children's publishers will lead to a greater comic readership among kids.

The above two images were recently completed assignments for children's publishers. The first was a cover for a educational comic about genes and cells while the second is the cover for the Jan/Feb episode of "Max Finder Mystery", appearing every month in Owl Magazine.
Posted by Michael Cho