Allow me to get a little arty here. I've been a fan of Edvard Munch's work since I was a teen. There are many paintings and prints of his that are forever stored in my memory. Some of them are so powerful, they're almost like totems or something to me and I find myself occasionally doing my own variations on some of his works, trying to get to the heart of their meaning for me. I am in no way comparing myself to Munch, of course, I'm just saying that I, like countless other illustrators, like to riff on some of his ideas and images... I just never do variations on "The Scream". That would be pure hackery.

Sometimes, the Munch influence is deliberate, sometimes it's unconscious and I only discover it later, after I've finished a drawing. Below are a couple of drawings influenced by two of my favourite Munch images. 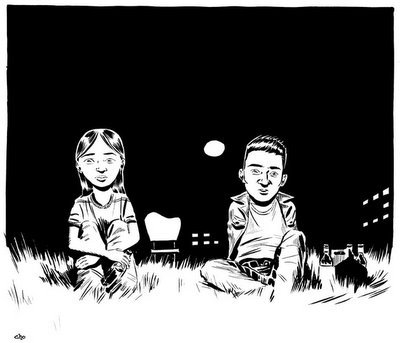 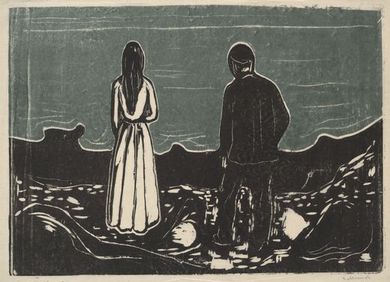 In the first case, I was actually thinking about the Munch image "2 people: the Lonely Ones" and was trying to remember it as as I was drawing this piece. 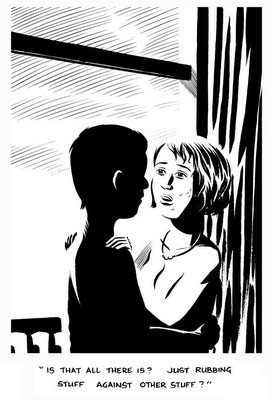 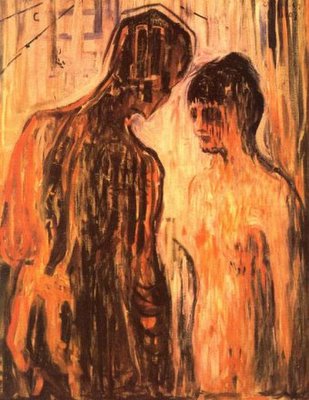 In the 2nd case, I wasn't actually thinking about the Munch painting "Amore And Psyche". The influence was purely subconscious and I only realized it months after I drew it.
Posted by Michael Cho