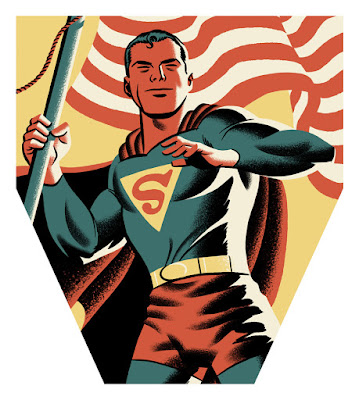 This was the second in the series of covers I've drawn recently for DC Comics' reprint line.  As you can see, this is for a collection of stories featuring the Golden Age Superman.  I always liked the Simon and Shuster Superman: he was a man of action in those early stories, going after gangsters, crooked developers and war-profiteers among others -- a far cry from the neutered Superman of the 50's and 60's who's biggest concern was trying to stop Lois from guessing his secret identity.

Above you can see the final artwork, which was painted digitally while below you can see a photo of some of my warm-ups and rough sketches as I worked out the concept for this cover. 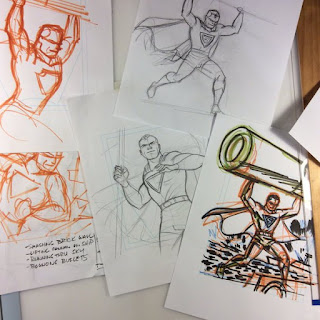